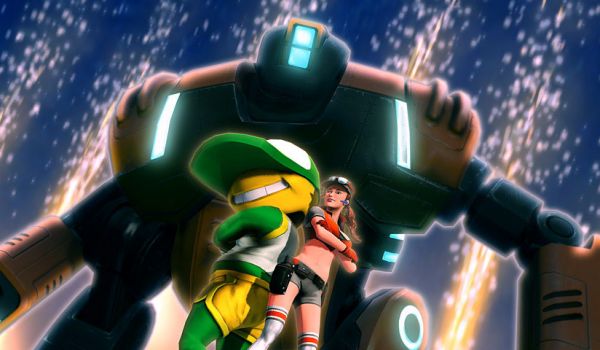 We gave you guys a heads-up about a month and a half ago on Monday Night Combat's Title Update plans. The patch is now live! The Title Update implements numerous fixes and tweaks gameplay balance, as well as increasing the trial time from 30 minutes to 60 minutes. Players who possess the trial and have already used up their 30 minutes will be granted another 30 minutes.

Uberent also gave an explanation as to why the update took so long to come out. Apparently they handed it off to Microsoft over a month ago, but it got backlogged due to software changes and new game releases. They have been assured that this won't be a problem in the future, which they take to mean their first DLC (which is free!) "should be out sooner rather than later." The details on this upcoming DLC will be forthcoming over the next few weeks.

List of changes and fixes in the Title Update