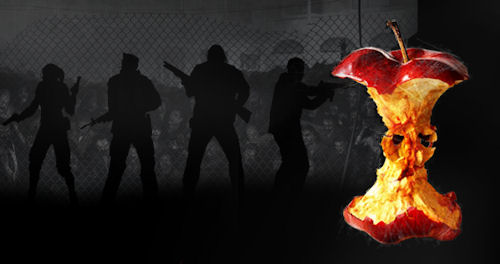 The original Left 4 Dead is now available for the Mac via Steam, this follows news a few weeks ago that Left 4 Dead 2 was also on the platform.  The game is part of the Steam Play series, which means if you own it on one platform you own it on both.

To celebrate the launch, Valve has the four player co-op shooter on sale at 50% off.  That means it's only $10 out of your pocket to join up with friends to shoot some zombies in the face.  Not a bad deal.  An even better deal is the bundle of both Left 4 Dead and Left 4 Dead 2 for only $15.

Remember - getting the game(s) on Steam includes all of the DLC for free as well!  Valve have also included some new updates to the games as well as released a new community map called the Haunted Forest to celebrate Halloween.

Not to leave Left 4 Dead 2 out in the cold (also available for OSX), we are updating our servers with a new featured community campaign – The Haunted Forest! It’s a forest, and it’s haunted! This Halloween, you can either go out and get apples with razor blades, or stay home and Play the Haunted Forest – the choice is yours. Get it here.

Nothing says Halloween like a back of Peanut Butter cups and some good old fashion Boomer bile.