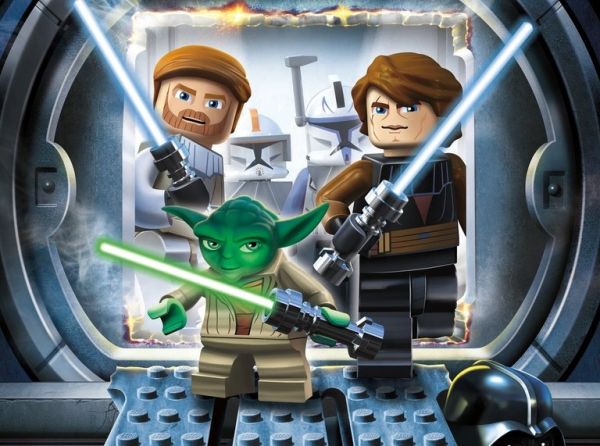 If you're a fan of cross-licensed LEGO games, then you'll be pleased to know that LEGO Star Wars III: The Clone Wars has been officially announced, and will include the same two-player co-op that we've grown to expect in these types of addictive, casual platformers.

If you're a fan of the Cartoon Network's computer animated Star Wars: The Clone Wars series, then you'll be doubly pleased, as that's the target setting and inspiration for the new game. Featuring the same shared screen/splitscreen function that we saw in LEGO Indiana Jones II and upwards of 60 levels to explore with a friend, LEGO Star Wars III looks like another instant classic, slated for sometime in 2011.

To regular readers of the site this isn't really news news, as Kat posted a preliminary announcement all the way back in February.  However, the release schedule has been pushed back, and in the meantime Travelers Tales has provided the below bullet points, in addition to confirming co-op.