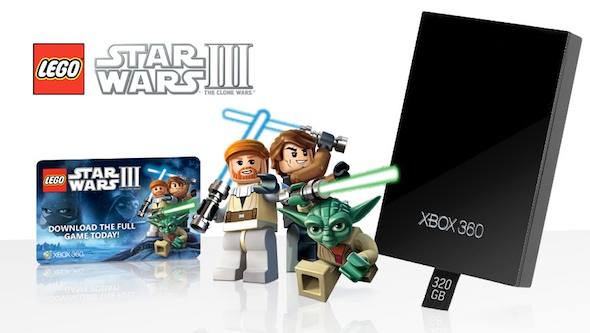 There's a new 320-gigabyte hard disk drive right around the corner for Xbox 360 Slim owners who'd like to upgrade their download capability. The same drive that was included in the recently-released Gears of War 3 edition console and will be included with the Star Wars-themed R2-D2 console available this December, it will be on shelves as a standalone addition to your current Xbox 360 Slim (only) for $129.99 US.

What's more is that it will come with a code to download a full copy of LEGO Star Wars III: The Clone Wars, valued around $20. Extra HDD space and a formidable, enjoyable game that features two-player couch co-op - what more could you ask for?