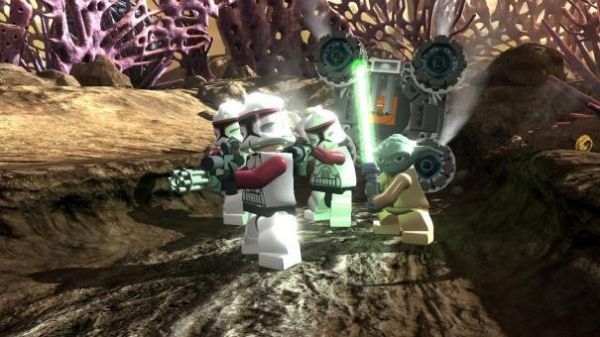 Springtime should be the season for frolicking in a field of flowers, surrounded by new born lambs, whilst playing the latest gaming releases such as LEGO Star Wars 3: The Clone Wars.  However, as many game veterans know, springtime is also a season of slipped release dates.  LEGO Star Wars is not the first game to have slipped this year, but it is still disappointing that the release has moved from February 15th to March 22nd.

March is still spring, but I for one don't want to wait for the latest 2 player co-op title from TT Games.  There is no official reason for the delay, but hopefully they are polishing an already decent looking title and adding online co-op this time around?  Co-Optimus will keep LEGO fans, Star Wars fans, and even LEGO Star Wars fans informed if any more news is released on the game.

Lego Star Wars III: The Clone Wars is scheduled to be released for the PS3, PSP, Wii, Xbox 360, and Nintendo DS.