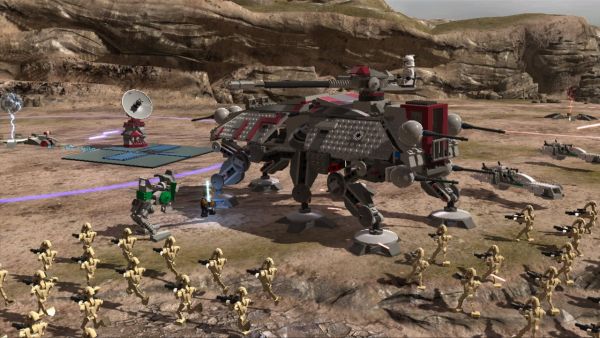 LEGO Star Wars III: The Clone Wars is not only rivaling the SOCOM series in lengthy and complicated names...it's also bringing out the big battles. Along with these epic landscapes and sprawling leagues of combatants Traveller's Tales is including more driveable vehicles than any previous LEGO game.

From Anakin's signature yellow starfighter to the BARC speeders featured in Revenge of the Sith to the lumbering AT-TE pictured above, you'll be able to get all up in the CIS's grill with some real firepower. Best of all: the game will feature two "chicken walker" variants for some truly nostalgic moments...as if LEGO and Star Wars weren't already enough to send your inner child squeeing all the way to an instant pre-order.