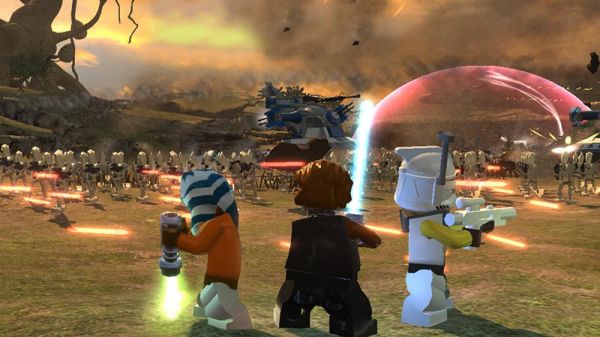 There's a brand new, co-op friendly, demo for LEGO Star Wars III: The Clone Wars out now on Xbox Live.  The demo includes both space and ground levels to try out as you take on the evil Empire with your army of clones.  At your disposal are new weapons, news characters and new force abilities.  Perhaps the most promising feature though for the full game is going to be the "multi-layered space combat" missions.

The demo weighs in at almost 800MB - which at first seems like a lot - until you see the other demo released today, Dragon Age 2, is almsot 2000MB.   As Yoda would say - "size matters not" - you can download the LEGO Star Wars III demo right here.

The PlayStation Network should get the demo later today after the weekly update.