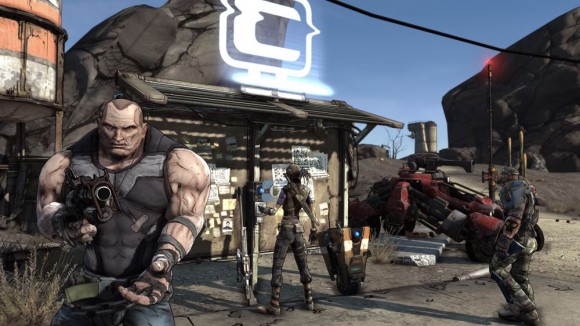 Mac users, get ready for a trip to Pandora.  And I don't mean some preachy, three hour long lecture about why indigenous people are better than you.  I'm talking about the good Pandora, the one from Borderlands, where you are encouraged to kill the native wildlife.

The Borderlands: Game of the Year Edition is coming to Mac users December 3rd.  Borderlands has been a co-op staple since it came out last year.   It has been supported by frequent game add-ons in the form of DLC, the latest of which, Claptrap's New Robot Revolution,  just came out in September.  Like other formats, the Mac GOTY edition will have all four of the game's DLCs.  The game supports two player split-screen co-op or four player online co-op play.  The game is so massive, it required a college text book-sized strategy guide.  Gearbox head honcho Randy Pitchford said, "This is the best way to enjoy such an extravasplosive game like Borderlands."