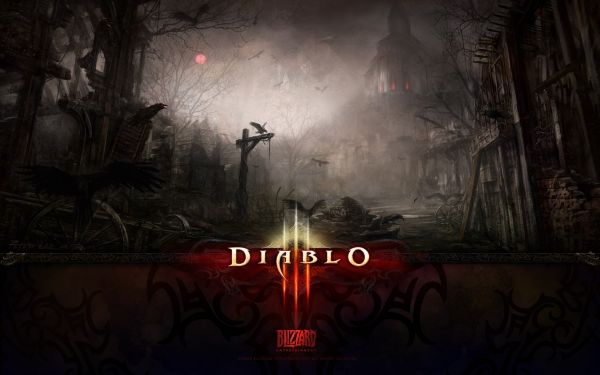 A couple of weeks ago Gamasutra.com mentioned a few postings on the Blizzard Entertainment Job Directory concerning console developers for Diablo 3 .  A few weeks before that someone at Co-Optimus (me) posted an article decrying the lack of Diablo 3 on consoles.  Well, it looks like I may have to eat my words.  Sort of.  Maybe.  Probably not.

While the Blizzard website does have job postings for Lead Designer, Console; Lead Programmer, Console; and Senior Producer, Console; under the Diablo 3 heading, all is not exactly what it seems.

Gamasutra.com explains what is going on in an update from the Blizzard community forums:

We’re exploring a Diablo-related concept for consoles and are currently looking to fill a few senior console-related positions on the Diablo III team.

A-ha!  A Diablo-related concept!  So it's not Diablo, but something like Diablo!  Maybe it's a game called Devil, and it's exactly the same as Diablo, except everything is in Spanish!  But maybe not.  I continued my thorough investigation by reading the very next sentence:

As we’ve said in the past, with proper care the gameplay could suit the console platform, and we’re interested in seeing what talent out there might be interested in such a project.

A-Ha!!  So they are looking to bring Diablo 3 to consoles, assuming they can get it to run right.  Here's a hint, supply a mouse and keyboard (zing).  The post goes on:

Please note that this is not an announcement of a console title. We are first and foremost developing Diablo III for Windows and Mac PCs and don’t intend to allow any possibility of a console interpretation to delay or affect the release of the game.

A-HA!!!  I haven't seen a campaign of disinformation so malicious since the U.S. Government's obfuscation and discrediting of Paul Bennewitz.  Isn't it obvious what's going on?  Don't you see what's happening here?  Blizzard Entertainment is out to get me!  They're preying on my paranoia.  Oh my God!  How did they know about my paranoia?

No, seriously, what the heck is this all about?  I mean, it would be gross speculation to say that Diablo 3 is coming to consoles, but let's just say that Diablo 3 is coming to consoles.  At least some form of it.  If it's anything like the PlayStation-era Diablo, expect it to be lousy, and to come out over a year after the PC release, whenever that is.

Oh, and Blizzard, I'm just kidding about my paranoia.  Please don't Tron me into WoW, like you did red shirt guy.  Thanks.