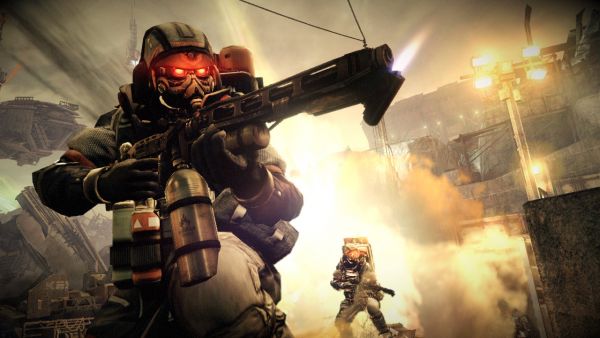 Although Guerrilla Games surely has the word "art" in mind as they painstakingly craft this beautiful game, I'm not so sure they meant to turn the Helghast into modern living room decor. Yet the soft filters and soothing light blooms of the latest batch of Killzone 3 screenshots lends it more to a lithogram than to expressing the inherent danger of other-worldly enemies.

Among the screenshots you'll see flamethrowers, the WASP rocket launcher, and the lumbering MAWLR vehicle. There is no clear evidence of co-op in these shots, although we do know that the campaign will allow two players to join each other in splitscreen. Read on for the entire gallery.