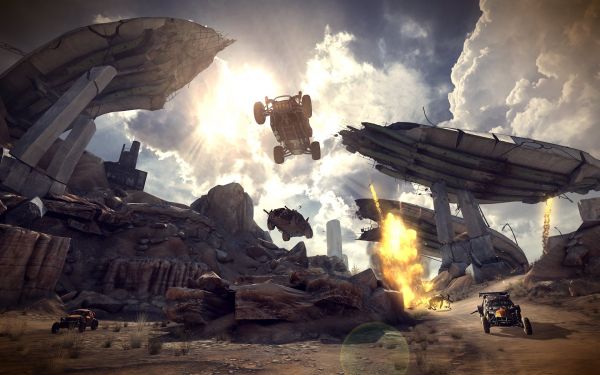 Bethesda have released three gorgeous screenshots for id's upcoming game RAGE.  It's the first original IP by the studio in almost 15 years, famous for their QUAKE and DOOM games.  What is it with the capslock and games' names id?

Along with the screen comes re-confirmation of a co-op mode from a Bethesda spokesperson.  While the publisher and id aren't ready to announce the features and/or player count of co-op, we were assured there will still be a separate cooperative mode in RAGE.  When originally announced we had heard RAGE would have a 2 player co-op mode that was separate from the campaign.  If we had to put our money on it, I'd bet we'll see some sort of survival style mode in the game.

RAGE is slated for a September 13th release date this year on the Xbox 360, PlayStation 3 and PC - so it shouldn't be long till we start hearing more details about its features.