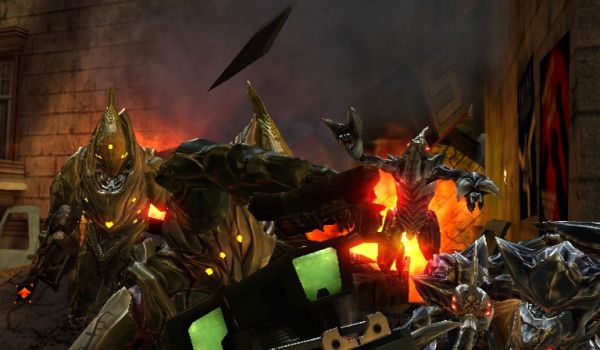 In the latest batch of game delays, The Conduit 2 has experienced not one, but two delays in the past week. First we heard the game was to be released sometime in February. Then it was March. Finally the release has been pushed back to April 19th. That's okay though, the reason for the delay is good enough to help co-op.

The reason cited by our source states that the delay was in order to really make the multiplayer shine.

The team to continue to balance and enhance the game's multiplayer, one of the key features and focuses during the development of this ambitious sequel.

If the versus multiplayer is polished to a great multiplayer experience, doesn't that mean they'll likely be working on the technical side of the co-op experience as well? We know better than most that an unpolished co-op experience can really screw things up on an otherwise great game. We love when things run smoothly regardless of how many players are in the fray - frame rates, environment loading, latency when internet is involved, etc. Even local co-op is better with the bugs worked out in advance.

All I can say is: Delays happen for a reason, and I'd rather have a finished game than a game I can't play.