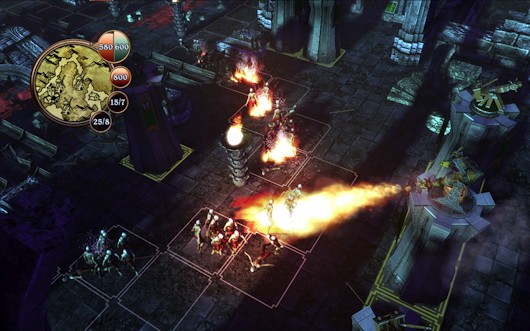 Sometimes it’s nice to see people take a different approach to a familiar medium. Paradox Interactive has done just that with the upcoming Tower Defense/RTS title Defenders of Ardania. Defenders of Ardania has a few tricks up its sleeve that are only accomplished thanks to the blending of strategy army building, tower defense tower building, and the ability to defend, or attack, or both if the situation calls for it.

Hold on to your seats, it’s looking like a wild ride on this upcoming downloadable title.

Defenders of Ardania is a next-generation tower defense game that is being developed for four different platforms - PC, iPad, PSN and XBLA. The game is set in the rich fantasy world of Majesty, but with a twist.

Defenders of Ardania’s innovative new game concepts include light RTS elements, taking the popular genre to the next level. Players must oversee unit production and upgrades while assembling the most effective army from one of three playable races, each with unique locations, towers, and units. However, without magic, a fantasy game is little more than a toothless lion (or dragon, rather), so a wide range of spells will be available for players to decimate their enemies and protect their forces.

The campaign story will not be playable in co-op, but there will be a multiplayer mode where up to four players can play against AI in a comp-stomp style survive or assault (or, survive and assault). The features that really set Defenders of Ardania apart are really the variety of what you can do in the game, and we like it.

•An intriguing new take on the massively popular tower defense genre: players lead both offensive and defensive operations
•Ardania: the world of Majesty with three playable races and their unique environments
•Defense: 24 different upgradeable towers to erect against the invading enemy
•Attack: 24 varied units with diverse attributes to assemble into an offensive force
•Strong multiplayer component with a variety of game modes for up to four players
•Interactive environment that affects gameplay •A wide range of offensive and defensive spells

The combo tower defense, RTS title will be out sometime in the second quarter of 2011 - no specific date has been announced yet.