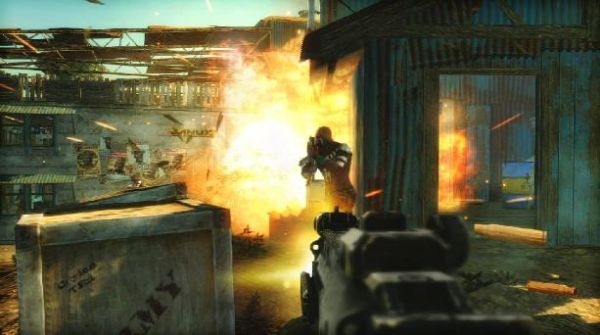 Bodycount, to those of us who have been following it, has had a rocky few months at best. Game creator Stuart Black departed the company, public relations fell silent, and now Joystiq has gotten a firsthand look...which didn't seem to impress them much.

Before you write it off, know that the foundation is still laid and the co-op appears to be intact. Some gameplay elements have evolved, and while its presentation has gotten a bit shaky there's no question that the screenshots tell the story of what still looks like a racous and rowdy shooter game.  Bodycount may have reached a plateau for now. We'll see just how high it goes as the tumultuous tale of Codemasters' tight grip on this interesting title continues.

What do you think? Is there still the potential for a great game, or are the shadows of other co-op shooters too much to stand under?