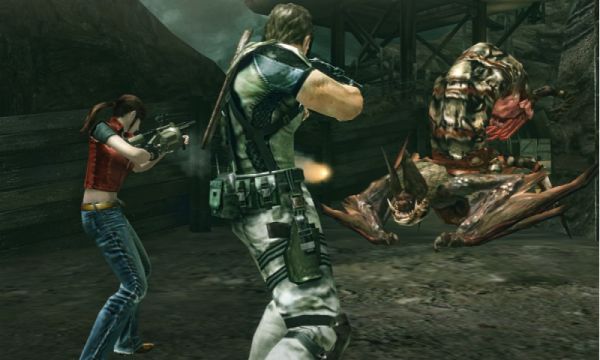 Resident Evil: The Mercenaries 3D is on store shelves, but the two player co-op game hasn't dropped out of the news quite yet. After a story broke earlier this week about the lack of ability to delete a saved game file, controversy has been brewing around the title.  Gamestop actually refused to allow trade-ins of the game earlier this week after learning of the "feature."  Now though, the retailer has reversed its decision in a quote to IGN.

"GameStop did ask the U.S. store base to stop accepting trades on Resident Evil: The Mercenaries 3D as we evaluated the save system for the game.  Upon further review of the process with our publisher partner, Capcom, GameStop will resume taking trades on the game effective Wednesday, June 29."

Still, if you plan to pick up a pre-owned copy be aware that you will be unable to start the game from scratch.  That means any levels, items, and plot elements unlocked by the previous owner will be spoiled to you.  Some people may enjoy that, others may not.

Capcom has also released 37 new screenshots as well as the first TV commercial for the game, which has a slight comedic edge to it.  It's a friendly reminder that a zombie is never good at a dinner party.