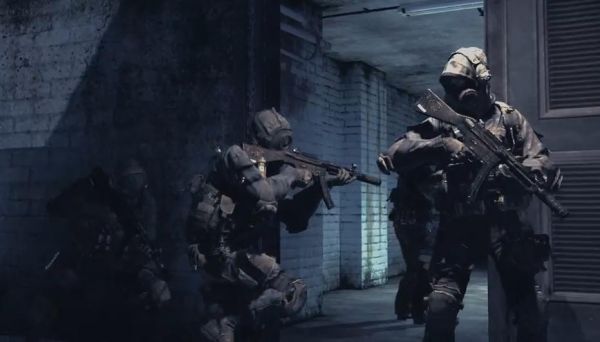 Before I begin, may the record show that Black Ops developer Treyarch gets the real credit for reviving Party chat. You'll see what I mean in a minute.

One of our biggest pet peeves with Modern Warfare 2 was the fact that - in an effort to appeal to hardcore, pseudo-professional gamer types - developer Infinity Ward had blocked Xbox 360 Party chat from most of the mainstream multiplayer modes. What this meant was that in order to venture into competitive matches with friends you had to give up your private chat - at best, you could simply mute the unacquainted players one-by-one...but that still allowed them to hear you and your buddies make casual conversation.

Treyarch had the less hardcore crowd in mind and almost completely reversed the decision for Black Ops, opting to block Party chat only for the highly tactical Search and Destroy mode.  Call of Duty: Modern Warfare 3 is following Black Ops' example with one caveat: certain modes will show two versions on the playlist - one with Party chat and one without. You've heard me say it plenty of times before: more options are better for the player. Last week Infinity Ward community manager Robert Bowling echoed that very sentiment to the MTV Multiplayer blog.

"A major focus of 'Modern Warfare 3' multiplayer is allowing you to have a lot more control over [how you play], looking at those restrictions and doing away with stuff like [Party Chat blocking] that's super hardcore. It's about giving options. We will have places where competitive guys go where you might have restrictive voice chat. And then you have an option to maybe play that same mode without the same restrictions if that's the type of player you are.

The only place where Party Chat should be blocked is Search & Destroy."

It's no secret that despite my affinity for co-op I do venture into the competitive scene, though casually. Sometimes my exploits in team-based versus games are described on the monthly Battlefield Report. Although there's still plenty of reason to be skeptical or wary of this year's Modern Warfare release, comments like the above help to smooth some of the smaller gripes out before the big ones have any footing.

At the very least, some randoms may have just been spared from being privvy to future conversations about Andrew's dogs.