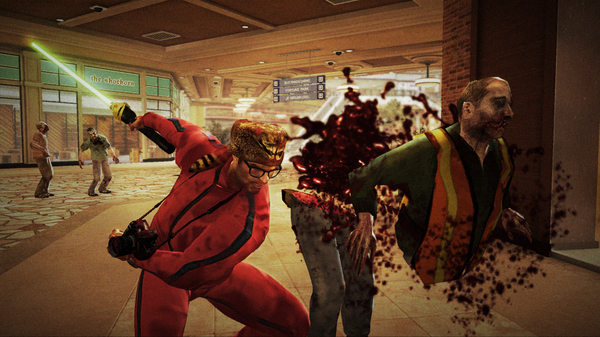 Dead Rising 2 on PC was a great game, assuming you could run it well enough. The Windows port required some stiff system specs in order to perform well, which is important in a game that usually has about a million zombies on-screen at once. Capcom recently revealed the minimum system specs for the computer version of Dead Rising 2: Off the Record, and not surprisingly, they are the same.

Off the Record will be a Games For Windows Live title, just like its predecessor. I think that’s awesome as I’ll be able to earn Xbox Live Achievements while playing it. PC gamers who don’t own Xbox 360s may see it differently, but those people are crabbycakes.

Capcom also announced that preordering from their digital store will net a 10% discount and a real-life “Uranus Zone” T-shirt. Hurry if you’re interested, because Dead Rising 2: Off the Record debuts on October 13. It supports two-player online co-op, with the host player controlling Frank West and the second player as Chuck Greene.