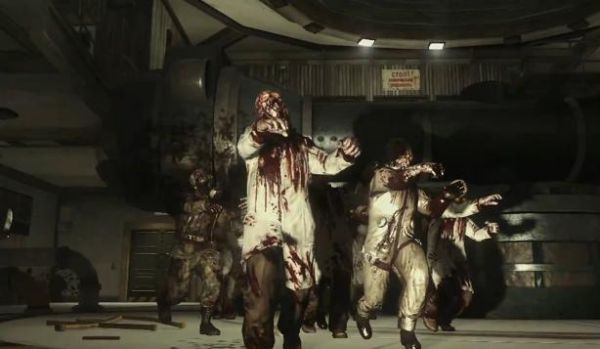 Stories like this one are where my ideology of video games and the games industry itself kinda clash. See, I view games as a consumer product (entertainment software) valued according to its entertainment capacity. In short: studios like Infinity Ward should strive to entice and delight me. Unfortunately, Infinity Ward and countless others would prefer that their creations be viewed as art and expression. Thankfully the big, ugly, sadistic publishers - like Activision - are in place to make sure that games are at least marketable.

Last year, Call of Duty: Black Ops positively trounced the sales records previosuly set by Modern Warfare 2. Infinity Ward's response:  We're going to do our own thing in Modern Warfare 3, which includes keeping the player count at two players for Spec-Ops.  No combat training, no four player zombie mode.  At least they're keeping Party chat alive, but we have yet to see if splitscreen online will make it in.

What Treyarch has done - and what I actually think is fantastic where we are now - is they've really taken Call of Duty in a different direction. No longer are you getting the same game every year, but you're getting a different style of the same core Call of Duty design.

Every developer has their own personality and their own direction, and more so than ever we're seeing people who really enjoy this style and the other. And it's not a black and white good and bad; they're very different experiences but in the same core gameplay.

Okay...we get that Treyarch has a different vision than Infinity Ward, and its own style. The fact of the matter is, however, that if both studios are emphasizing the same amount of effort toward single player and multiplayer aspects of their respective games...then why does one support co-op and the other gimp it?

This is a case where having a yearly release of a franchise between to distinctly different teams seems to have a negative effect on perceptions and expectations.

Modern Warfare 3 is not completely without co-op: Spec Ops will be back, at least. But while Spec Ops is really fun, it's also really limited - limiting it to two players definitely hurts a broader appeal, even on the new Survival maps.

As of now it seems co-op gamers are going to get the short end of the stick from Infinity Ward again, despite a major chunk of its dedicated staff leaving last year.  Sledge Hammer Games were brought on to assist in the project, so perhaps there's still a few surprises up Modern Warfare 3's sleeve?

You might want to check back to Co-Optimus on Monday where we'll have some of those answers.