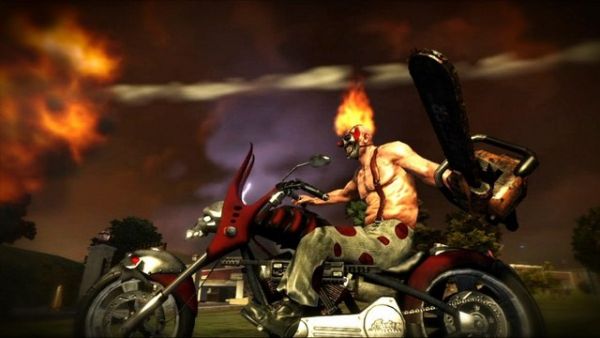 Twisted Metal is fondly remembered by many a classic gaming fan.  The upcoming revival of the series is bringing the over-the-top action to the modern console era.  This time around, Twisted Metal's trademark violence has apparently been ramped up considerably, as evidenced by the screenshot above.  In fact, one scene in the opening cinematic was so disturbing that it earned Twisted Metal an 'M' rating. Designer David Jaffe indicated that they were fine with the more lax rating because "without blood, it felt a little weird, frankly."

Jaffe also confirmed that there will be no open beta for Twisted Metal, though there will be private and "semiprivate" beta testing in place.  It looks like memorable clown Sweeth Tooth is the protagonist, which should be interesting, to say the least.  Twisted Metal is headed to Playstation 3 this October.