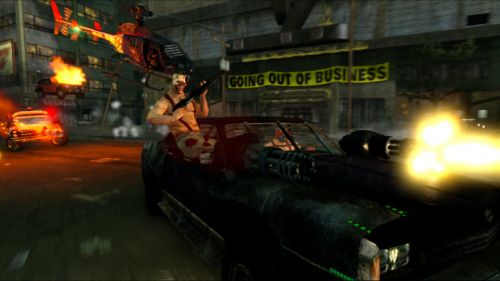 Online passes lock away portions of a game's content (in this case, multiplayer) from people who buy the game used - unless they shell out again for a pass. The practice helps publishers recoup profits from used game sales, which typically (read: always) benefit only retailers and not the makers themselves. On the plus side, the first printing of Twisted Metal also comes with a free voucher for Twisted Metal Black, so there really is a lot of incentive to buy new in this case.

What do you guys think? Were you planning to buy Twisted Metal new anyway?

Twisted Metal hits the Playstation 3 on February 14, 2012. It will feature split-screen and online campaign co-op for two players.