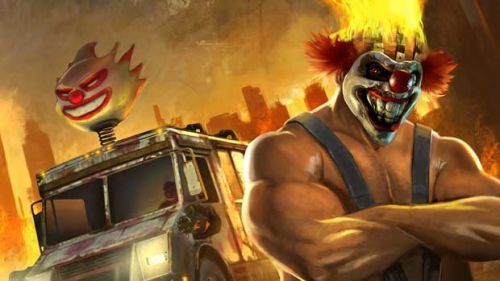 If you are like me you have been playing the Twisted Metal demo religiously over the past week, trying to squeeze out everything you can out before the release of the game on February 14. The demo is exceedingly fun, that is, if you can get into a match. There has been trouble on the server side of things and connectivity has  been mediocre at best, where some nights it would take over fifteen mintues to get into a match.  Once in, however I was back in my glory days, and as a huge Twisted Metal fan I am anxious to get my hands on the full version.

If you have not played the demo, I highly suggest you do so now. It features no story mode, but does demonstrate the awesome arena battle mode where you can hop in with some friends for some full car combat mayhem.  With the unexpected issues from the demo, Twisted Metal's outspoken developer, David Jaffe has stated that the demo will be available right until the day of release, giving you just under a week to wreak havoc in your vehicle of destruction.

The more surprising news came this week, with a series of twitter posts from Jaffe stating that he will be leaving Eat-Sleep-Play for a more 'casual career path'.  Jaffe, being himself, took issue with the term casual and said that he is not planning on making Farmville or Angry Birds. I don't think that the creator of such iconic series as Twisted Metal, God of War, and Mickey Mania would go on to make something less than amazing. Jaffe also reminded everyone that he wasn't going to leave Eat-Sleep-Play until everything was ironed out with Twisted Metal. He ensured that his priority was with the Playstation 3 exclusive until 'all the bugs, balance, and tuning is done'.

Maybe this means we will see some more awesome co-op action from one of the industry's most talented developers.  Twisted Metal will be released on February 14, 2012 exclusively on Playstation 3.  The demo is available on PSN until February 13, 2012.