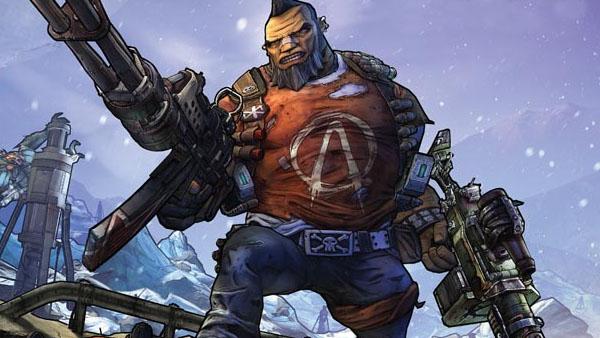 My name is Salvador, but you may call me Sally

Co-Optimus could not get much more excited than when news broke that Borderlands 2 was official.  The first game in the series is a bona fide co-op classic and the majority of co-op fans are craving for more.  Unfortunately, Borderlands 2 is not planned for release until at the earliest April 2012 and at the latest April 2013.  That's a long time to wait, but Gameinformer have already released some early details in their latest copy.

Firstly, and most importantly, for Co-Optimus readers - co-op.  There is no official confirmation that 4 player co-op will return, but according to Gematsu it strongly hinted at throughout the article.  The awesome co-op was one of Borderlands key features and to remove it would be bizarre - I will stake my patent leather Co-Optimus branded neckerchief that co-op will remain in the game and even be improved!

Other, more solid, details have also emerged.  The four original characters will no longer be playable, but will cameo in the second game (think Left 4 Dead: The Passing).  Instead there will be four all new characters to play, including the above pictured Salvador, a Gunzerker Dwarf who has the unique ability to dual wield weapons.

A new element has been introduced into the game called Eridium.  It will appear around the environment and you can use it as a form of currency, or to upgrade your weapons and armor.  Speaking of weapons, the cornucopia of weaponry from the first game has been replaced with another batch of firepower; this time each company in the game will manufacture a different type of gun.  Will you have brand loyalty, or just choose the one that can kill the most?

There is plenty of time for Gearbox to further develop Borderlands 2 and Co-Optimus will continue to dig up all the info nuggets we can find.  With development in full flow, the community may be able to influence the developers so, what would you like to see in Borderlands 2?