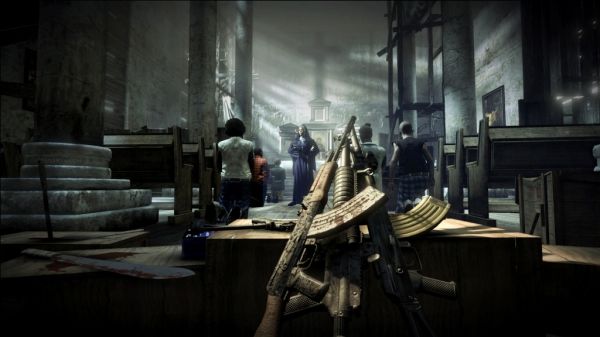 The release of Dead Island is almost upon us, and this latest video has some gooey zombie mayhem to whet your appetite.  The focus of this trailer is co-op, and you can watch the four characters dishing out undead double death.  You'll even get a glimpse at some of the special zombies.  I call the zombie at 1:06 "Lumpy," 1:13 "Stumpy," and 1:23 "Bitey."  You'll see why.  There's also some nice electro weapons thrown into the mix.  I got to play an hour of Dead Island at E3 and was very impressed with what I saw.  It's like a more physical,  juicier version of Left 4 Dead with strong RPG elements.  You'll have a skill tree, craft weapons, and interact with NPC's to get side missions.

Dead Island comes out on September 6th.  It will be on the Xbox 360, PlayStation 3, and PC, and it supports 4 player online co-op.