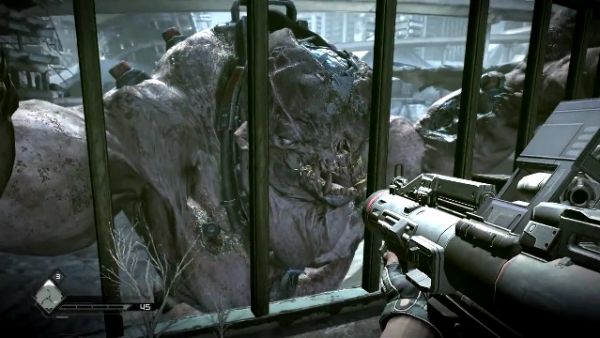 In a follow up to a story we brought you last month, Rage will be shipping on three discs for the Xbox 360.  This comes as no surprise, since the game requires 22 GB of memory if you want to install it on the hard drive.  The Xbox 360's DVD format can only hold a little over 8 GB, so with some simple math... carry the one... adjust for wind... yep.  Three DVD's are required for a 22 GB game.  Remember, the install is completely optional, but it really sounds like you're going to want to install this bad boy.  Time to delete some games!

Tim Willits, id Creative Director and great Co-Optimus quote-giver, recently sat down with Eurogamer and dished the dirt on the Xbox 360 version of the game:

We recommend installing the game to the hard drive, but you don't need to install all three discs. If you don't have the space available on your hard drive, don't stress. Install the first disc, the first chapter, the first half of the game, then when you're done, uninstall and install disc two.

The third disc will contain the multiplayer portion of the game. We don't know if they mean versus, co-op, or both, but we'll keep you posted.  On the Sony side of things, the game will require an 8 GB install.  No matter what platform you choose, Rage is going to be a beast of a game.

Rage will be out on October 4th for the Xbox 360, PlayStation 3, and PC.  It supports two player local co-op and two player online co-op.