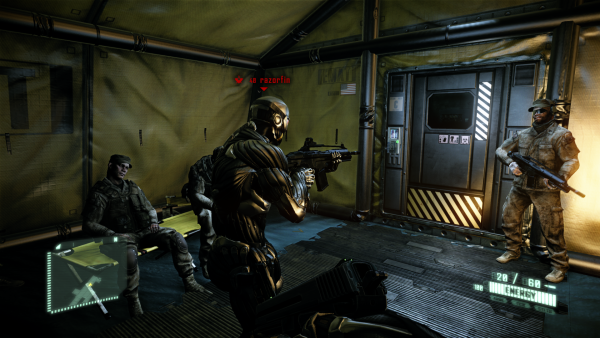 That's also the adopted mantra of ModDB user Fudsine, apparently, because the Crysis 2 Co-Op Mod is well under way. Several screenshots and a recently posted video shows that it functions quite well in its basic form. The mod enables multiplayer AI in the campaign, then gives the player the power to replace that AI character with another player, and even a third.

We've been known to add quite a few non-cooperative games to our database once they've received a generally accepted co-op mod. It looks like the PC version of Crysis 2 may join that elite list. The above-mentioned video is embedded below for you.

I didn't care much for the Crysis 2 demo myself, but that video admittedly makes the game look completely awesome, even to me.