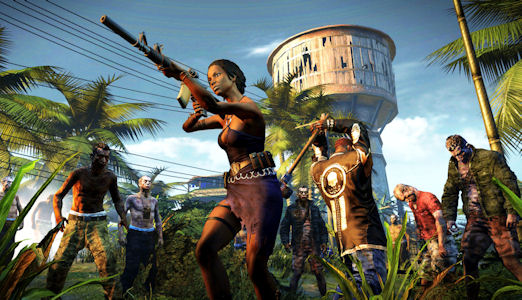 A fresh batch of screenshots just hit the net from Dead Island showcasing the game's fourth character named Purna.  She's a former Australian cop and a gun expert, though sadly, she won't be finding much in the way of firearms in Dead Island.  When she does find the limited resource you can bet she'll put it to good use.  She joins Xian Mei (knives), Sam B (melee) and Logan (throwing weapons) as playable characters in the game.

Dead Island is out on September 6th on the Xbox 360, PlayStation 3 and PC with four player online co-op...and plenty of zombie parts.