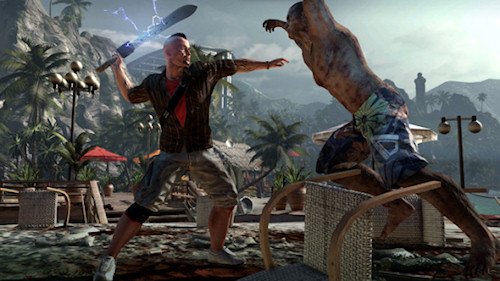 No sooner has Co-Optimus' 5 star review and co-op FAQ on Dead Island been published, than news filters through of a Day One patch for the game.  Details of all 37 fixes, including several that affect co-op, can be found after Read More.

Thanks to Destructoid, details of the Day 1 mega patch have been revealed.  Our own Co-Optimus team didn't find any major issues when playing the game, but this has not been the case for everyone.  Some gamers, even in our own community, are having issues, especially with the PC version of the game.

Hopefully some of the below fixes will tackle the issues people are having, especially the 'one' fix that covers the term "Fixed a number of issues causing game instability".  Sounds more than 37 issues to me!  It would be a shame if a glitch or two (or 37) was to ruin an otherwise awesome co-op experience:

·        Locations of invisible NPCs are no longer shown

·        More than one player can now use the same ladder simultaneously

·        If player dies whilst inside vehicle, menu will now be hidden

·        Added distinction between quest checkpoints and other saves

·        Enemies are now able to successfully reach player on some arenas

·        Item level will be calculated correctly when playing in second playthrough

·        Removed all instances of Butcher during escorts

·        Thrown items now cannot be picked up by another player for 5 minutes.

·        Items from just-opened containers cannot be picked up by another player for 5 seconds.

·        All side quests in Laboratory can now be successfully completed