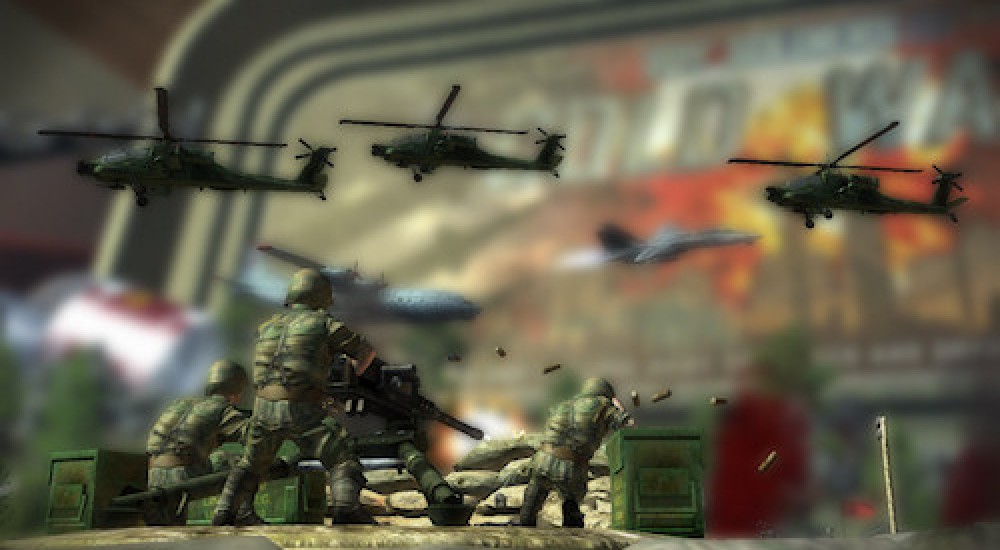 According to Xbox Live's resident Guru Major Nelson, Dead Island (normally $19.99) and Toy Soldiers: Cold War (normally $14.99) are available this month, free of charge, for any Games with Gold members. Games with Gold is Xbox Live's response to PlaystationPlus , offering free titles to any subscribers. True, PlaystationPlus does normally give access to a greater range of games, but two free games a month ain't so bad.

Lucky for you, both of these games happen to be excellent co-op experiences!

Dead Island (available for free from now until February 15th) puts you and up to three other friends in the shoes of some schmucks who wake up after a night of highly irresponsible alcohol consumption, and must bludgeon/slash/shoot/throw(?) your way across a tropical island infested with hordes of undead. A robust crafting system using salvaged materials, and delightfully bone-crunching combat makes this title a delightful zombie abuse simulator. Check out our review for more details. Toy Soldiers: Cold War (available for free from February 16th to the end of the month) is a tower-defense game with attitude. Set during the Cold War between the US and Russia, the entirety of the game takes place in a toy box. You and a buddy take control of various turrets which blast enemies. You can also access vehicles to Dukes of Hazard your way to victory. If you like fun, give this one a try. Our review has more info.

Maybe this is what you needed to make the leap into Games with Gold. If you're already a subscriber, don't wait to pick up these titles.