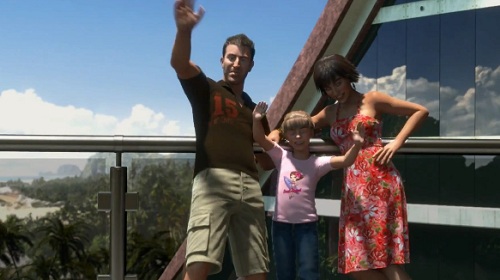 Dead Island is getting a movie.  Or more accurately: the Dead Island trailer is getting a movie.  If you've seen it, you know why.  If you haven't, allow me to welcome you to the internet.  It's scary in here.  This will help.  In a recent press release, Lionsgate (yeah, that one) announced they had acquired the film rights to develop a movie based on the Dead Island IP.  The release went on to tout the greatness of the trailer:

Like the trailer that will serve as its primary creative inspiration, the film DEAD ISLAND will be an innovation of the zombie genre because of its focus on human emotion, family ties and non-linear storytelling.

Eventually, the press release even made mention of the actual game!  It sold well!  Yay!  Do you know what good sales mean?  That right!  Brand recognition!  As an added bonus, we have a live-action interpretation of Dead Island from GoingNowhereShow.  I've gotta admit, this is pretty damn spot-on.  Simple rule of the apocalypse:  Never pick the Comic Book Enthusiast.

Dead Island is out now, and it is a great co-op game.  We gave it our Editor's Choice Award in our Co-Op Review.   It's available for the Xbox 360, PlayStation 3, and PC.  The game supports four player online co-op.