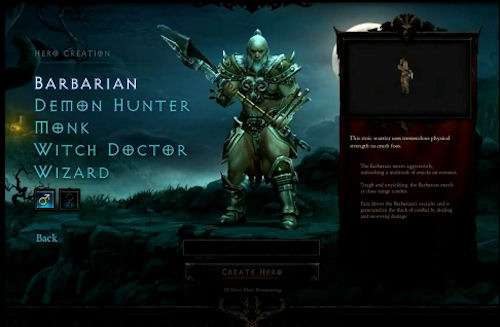 A video which showcases some footage from the private Diablo 3 beta that is going on now has surfaced, showing a launcher and login that looks very similar to World of Warcraft.  We're also given a brief glimpse of the character creation screen with our five character classes.  The rest of the video is actually just random screenshots from the beta itself.

VG247 talked with Blizzard who told them that they are "getting very close to starting the closed public beta test for Diablo III."  What's ironic is that Blizzard said there are no NDAs on the beta versions of the game, which means anyone is free to capture images, video and talk about the content of the beta.