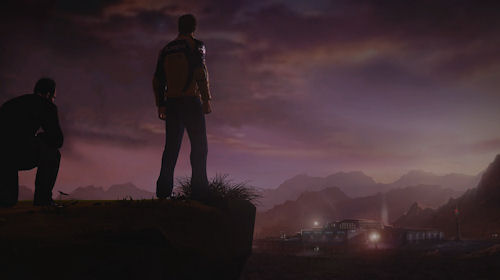 For many of us, Capcom's announcement of the return of Frank West in DR2: OTR was greeted with a resounding sigh.  Apparently, our genuine lack of enthusiasm was misplaced.  Dead Rising 2: Off the Record is more than just a retail packaging of bloated DLC.  This new iteration has a host of improvements over the already excellent Dead Rising 2.  Best of all, you'll play as Chuck Greene when you join someone else's game.  Yay!  No more clones!

Other improvements include half the load times, an all new checkpoint system, and an open world sandbox mode that isn't tied to the the player's story progress. Capcom Vancouver's Jason Leigh sat down with PS3Tropies.org and explained why Dead Rising 2: Off the Record is so much more than just a director's cut:

Off the Record is actually a larger game than Dead Rising 2, because although we’ve removed a little bit – the "Terror Is Reality" multiplayer mode – there’s a lot of extra stuff. We’ve added Psychopaths, we’ve added more weapons, food, clothing, the new Uranus Zone theme park area, the sandbox mode: this is a much, much bigger game than Dead Rising 2. As a result it just couldn’t be DLC.

We'll find out if Fortune City is worth revisiting when Dead Rising 2: Off the Record releases for the Xbox 360, PlayStation 3, and PC on October 11th.  It supports two player online co-op, and will come at a budgeted price of $39.99.