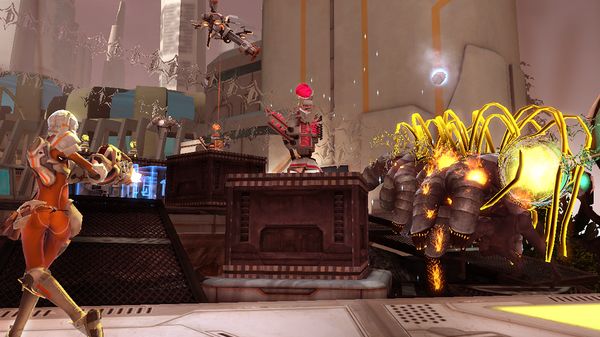 As promised, Coffee Stain Studios have recently released 5 DLCs in conjunction with a free update to Sanctum. Consisting of two maps and three towers, the new DLCs reflect how things have changed in Elysion One. From the devastation portrayed in AfterShock's subterranean halls to the Penetrator's intense power, it's clear that it is now serious business. In celebration of the release of the new DLCs, players have also been accorded two new towers, a new map, the much-anticipated shotgun and a 10% discount on all products during the week.

"I think we've succeeded in hitting that sweet spot between paid content and free updates." CEO Anton Westbergh stated. He then continued. “We might have introduced paid DLCs to our repoirtore but this doesn't mean the end of free content. We're providing options, not taking them away.”

The price of each DLC pack ranges from $.99 to $1.99, and it’s only 7 bucks to buy them all. For PC gamers who love Sanctum’s mix of strategy and shooting, that shouldn’t be a problem. I’m still hoping for a console port as I think the gameplay would work great with controllers too.