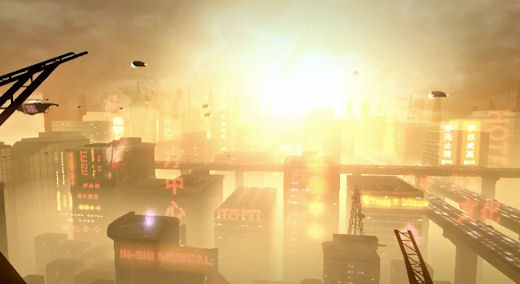 Origin, Bullfrog, and Westwood.  Three hugely popular PC companies that were gobbled up by Electronic Arts back in the 90s.  These three companies created some of the most popular and beloved franchises - Dungeon Keeper, Command and Conquer, Magic Carpet, Wing Commander and Syndicate.  Most PC gamers have been clamouring for updates to everyone of these, bringing classic worlds to modern hardware.

Syndicate is one such title that is finally getting an update, but it's not the tactical strategy game you remember.  Instead it's a action based first person shooter - though that's not to say there aren't any strategy elements to the game.  The latest trailer for the game, titled Origins, gives you a good run down of the world of Syndicate both past and present.

EA is building the hype train for this one quite rapidly and the promise of a four player co-op campaign "inspired by the original" is tantalizing.  If you missed it, we went hands on with the single player last week.