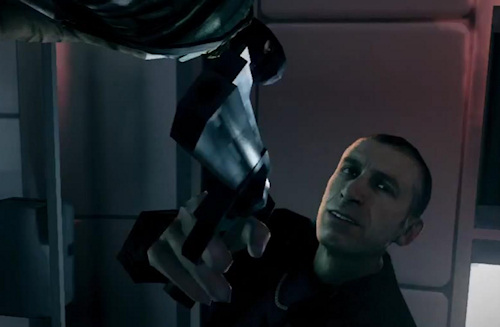 As we previously reported, the Xbox 360 version of Battlefield 3 will include an optional hi-res texture installation. The installation is necessary because the game’s textures are quite large, and hard drives can stream data much faster than DVD drives. Why make it optional then? Because not every 360 owner has a hard drive, of course. That's common knowledge by now, but new details have started to pour in.

First off, GamerZines, who first mentioned the Xbox 360 installation, recently revealed that the install size is 1.5 Gigabytes – a relatively small amount compared to installing an entire game disc. Even owners of the ancient, tiny 20 GB hard drive shouldn’t experience too much trouble in clearing up that much room.

The same site spoke with Battlefield 3’s Executive Producer Patrick Bach, who referred to the 360 version sans-installation as the ‘standard-def’ version of the game. But words are one thing and visuals another. Over the weekend, a reddit user known as xxggrplayer actually posted screenshot comparisons between the Xbox 360 version with and without hi-resolution textures (low-resolution version at top). To view the comparison at full resolution, follow this link. The pictures speak for themselves – Battlefield 3 looks markedly worse without the proper textures.

The installation issue reminds me of how Konami wanted an optional installation for Castlevania: Lords of Shadow on 360 but Microsoft shut them down. Shame on the big MS for that one, but perhaps Battlefield 3 proves that they’ll be more receptive to the practice in the future.

What do you think about DICE’s decision to create two different looks for the game depending on whether or not users install textures to the hard drive? Personally, I don’t feel sorry for hard drive-less Xbox 360 owners this late in the game. Microsoft keeps releasing larger drives as accessories, and older, smaller drives can easily be purchased on the cheap.