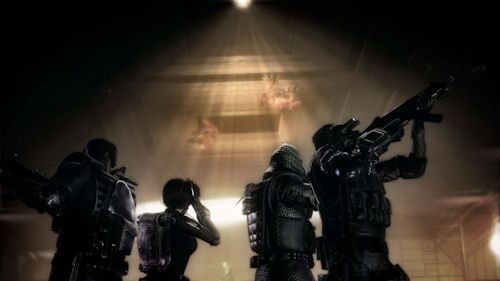 Resident Evil: Operation Racoon City was said to have a Winter 2012 release date - and it looks like the game is, well, it's going to miss it by one day.  The four player online co-op game is slated to be released on March 20th, 2012 according to Capcom.  Along with the news of its release date comes new screenshots and information about a special edition.

In related news, Capcom downgraded its sales targets on the game; estimating the PC, 360, and PS3 copies of the game would collectively move 2 million copies - down 500k from the original 2.5 million estimated.  2 million copies of a game is still very respectable and the latest screens definitely make the game look really slick.