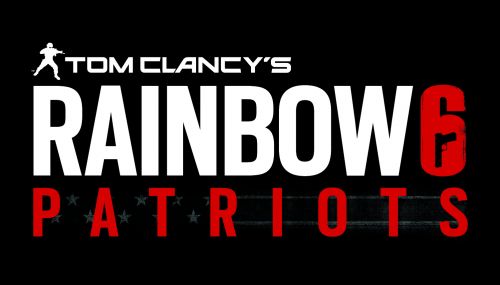 Confirming info from earlier this week - Ubisoft has officially announced the first details of the next Rainbow Six game.  Oddly, it's not called Rainbow Six, but rather Rainbow 6, replacing the word six with the number*.  All previous iterations of the franchise and novels used the full word.  As we previously reported, the name is Tom Clancy's Rainbow 6: Patriots and yes...it has co-op.

In addition to the immersive single-player storyline, Tom Clancy’s Rainbow 6 Patriots will introduce a huge variety of new innovative co-op and multi-player experiences. Players will be rewarded for working as a team and mastering the game’s new features that enhance communication and tactical execution between teammates. Success will come from a mix of split-second decision making and working to coordinate attacks against the enemy.

Sounds very promising.  Here's a bit of the back story.

In Tom Clancy’s Rainbow 6 Patriots, Team Rainbow faces a new and very real threat called the “True Patriots,” a highly-trained, well-organized revolutionary group that claim the American government is irrevocably corrupted by greedy politicians and corporate special interests.  The True Patriots will do whatever it takes to reclaim their country.  Playing as Team Rainbow, players will face critical scenarios that will require them to make tough ethical decisions in order to stop this new breed of terrorists.

The game is in development on the Xbox 360, PlayStation 3 and PC.  So when will you get to play it?  2013.  Seems we'll be waiting quite a while for this one.  While no other details have been given, the upcoming issue of Game Informer magazine promises to give us the first glimpse at the game.  We'll be checking out mailboxes in anticipation - especially after watching this target footage on GameInformer. * Some are guessing this would be considered the 6th game in the franchise despite there being at leasttwo dozen Rainbow Six titles.

Here's the list of the PC releases.  Technically Vegas 2 would be the 6th, but it seems Ubi is combining that into one game (considering how 1 ended, and 2 started, that kinda makes sense)