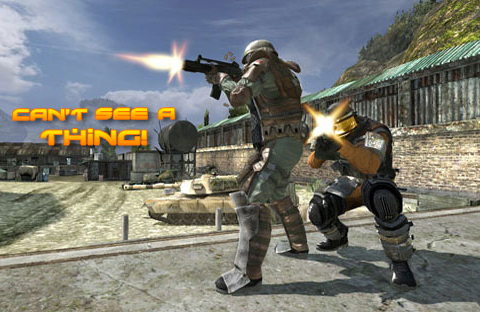 Variety online has reported that EA Games president Frank Gibeau has let slip that an unconfirmed sequel is coming down the tubes for this year's most impactful co-op beautiful letdown: Army of Two.

While most agreed that the game was fun for a playthrough, the same crowd castigated it for its repetitive gameplay, horrid online interface and matchup system, and lack of enticing features to grab gamers' attention.

Personally, I would have enjoyed Army of Two if more of my friends could have hopped off of Call of Duty 4: Modern Warfare for fifteen minutes. Two DLC map packs (SSC Challenge Pack and Veteran Map Pack) were offered shortly after release, but the dull thud of solid game content hitting the barren sandbed of a creek run dry was too much to bear, and my copy found a new home without ever really having a chance.

Thanks to EA Games and their annoyingly optimistic way of squeezing every last drop from an intellectual property, Army of Two will get a second chance. Click the "Source" link to read the whole article, which also includes news about the budding Dead Space and Battlefield Bad Company franchises.