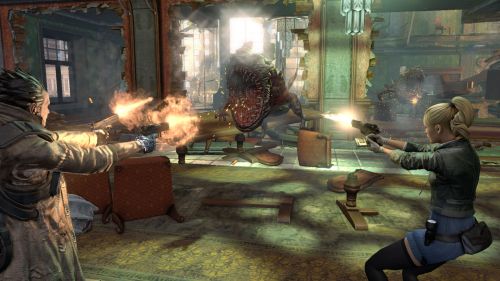 Konami have announced a release date for their upcoming action game called NeverDead.  It's a game we saw at E3 that caught us a bit off guard, in it you play Bryce - an immortal character tasked with fighting off demonic incursions.  Being immortal does have its downside, namely you can be torn limb from limb and "live" to tell the tale.

In NeverDead when this happens you can pick up and use your limbs as weapons -  even if it's just your head left.  On the co-op side of things the game will sport a two player online co-op mode that's some variant of survival. NeverDead is out on the Xbox 360 and PlayStation 3 on January 31st, 2012.