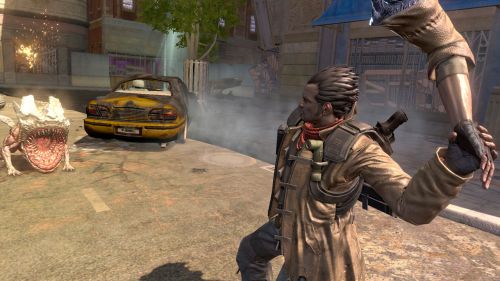 Almost a full month into the new year and we finally get our first retail co-op game.  Konami's NeverDead kicks things off with it's twisted sense of humor.  I mean, you get to play a dude who rips off his limbs and beats monsters with them - if that isn't funny, I don't know what is.

NeverDead (360, PS3) - 4 Player online co-op through a survival mode where scoring points are as important as staying alive.

Happy Action Theater (XBLA) - This Kinect title is a collection of mini games spawned from developing kinect games.  What's that you say?  Sounds bizarre.  Oh, it is - as it's from the minds at Double Fine Studios.

Here's some other titles out in retail this week.