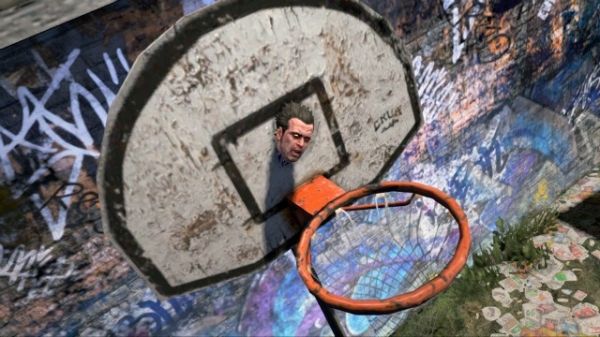 NeverDead has been out for all of eight freaking days and new DLC has already been announced.   The deftly titled "Expansion Pack Volume 1" will be released on February 21st for $9.99 on the PSN, or 800 Microsoft funbucks on the XBLA.  It will include a new playable character for the game's co-op mode, additional challenges for the Asylum level, and new costumes for the main character, demon stomper Bryce Boltzman. Here are all the details for what your hard earned (or easily earned - I don't know what you do for a living) cash will get you:

•       New Character: Play as the fashionable, charismatic pop-idol, Nikki Summerfield in cooperative challenges with your friends through online multiplayer.

- Egg Hunt: Scour the expanded Asylum level for collectables scoring points by delivering them to designated "Score Zones." Make sure to hold on tight to your collectibles as opponents can snatch any that you drop along the way. With enemy ambush points and environmental hazards at every turn, this challenge is tricky!

- Fragile Alliance: A competitive race through a number of checkpoints spread across the map. You can interrupt other player's progress by attacking each other. The increase of environmental hazards and enemy spawn points will keep you on your toes.

- Onslaught: Unlock the entire Asylum level section-by-section by defeating all enemies.. Demon-seals that block off areas will dissipate as you defeat enemies from the previous area, providing more-controlled player movement and encounters.

•       Two Additional Character Costumes: Dress Bryce up in these new costumes before going back into the online fray.

Sooo... what do you guys think about DLC announced so soon after launch?  I know this isn't day-one-slap-in-the-face DLC, but it's pretty damn close.  Considering the fact that this is a new IP and not an established franchise, do you think this helps or hurts the game?  Let us know your thoughts in the comments section.

NeverDead is out now on the Xbox 360 and PlayStation 3.  Expect our full Co-Op Review early next week. You can check out images from the new DLC in the following gallery.