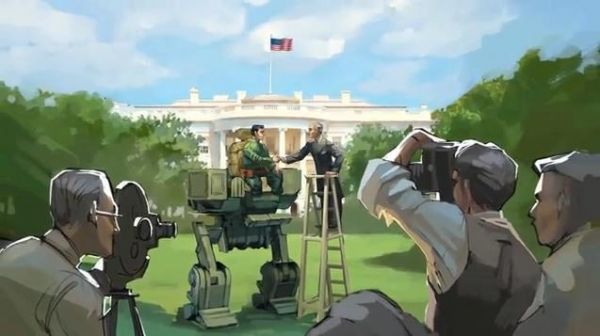 Today I decided to check out the new Iron Brigade update.  You know, the one that changes the game's name from Trenched to Iron Brigade.  After re-downloading the title I was greeted with an error - one of those nice semi-paradoxical errors that technology loves to whip out on us simple folk:

Update Not Found: This game requires an update, but the update couldn’t be found.

It turns out I was not alone.  Many gamers are having difficulty loading the new and improved Iron Brigade.  Not to worry, gamers, Double Fine has an incredibly easy fix:

That's it.  Simple.  As an added bonus, there's a new manly survival mode included in the update!  It will grow hair on your chest. (Sorry, ladies.)

Iron Brigade is out now for the XBLA.  It supports four player online co-op.  New DLC, Rise of the Martian Bear, is expected to be out soon.