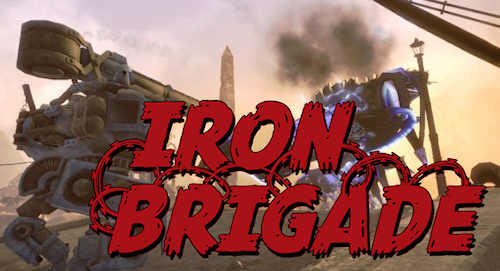 It seems like less than a month ago we were reporting about Trenched getting renamed to Iron Brigade outside of the US. Hey, it was less than a month ago! And now we disocover that the Iron Brigade name is actually quite infectious. The US version of Trenched will lose its original name in favor of the international version in order to maintain multiplayer compatibility across all versions as well as to reduce brand confusion going forward.

Double Fine also announced that they will add a bunch of new content via DLC in the near future. This includes a much-longed-for survival mode as well as “new weapons, costumes, and gestures.” A little DLC injection can usually do a lot to keep a game’s online community alive, provided it doesn’t segment the user base by creating situations where the haves can’t play with the have-nots. Let’s hope Double Fine implements the new content smartly.

Iron Brigade comes out in Europe and other far-off kingdoms later this month, though no specific release date has been announced. Expect the mandatory Trenched title update to debut alongside it. I will also be changing my GamerTag to 'Iron Brigade' around the same time.*