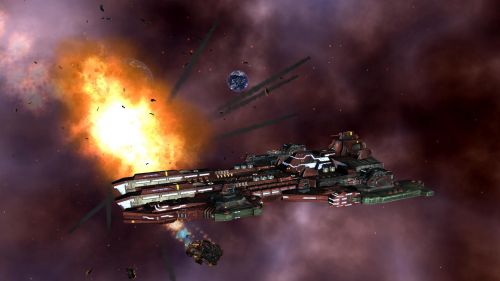 Kalypso Entertainment have announced a brand new 4X strategy game called Legends of Pegasus.  As a 4X game you'll eXlore, eXpand, eXploit and eXterminate your away across the galaxy as you build up your fleet and create a galactic empire.

Legends of Pegasus promises three factions with twelve playable factions.  The first screens of the game showcase a pretty impressive destruction engine for the RTS.   On top of the campaign the game will offer a co-op mode for two players, playable via LAN or Internet where you'll team up to create one glorious galactic empire.