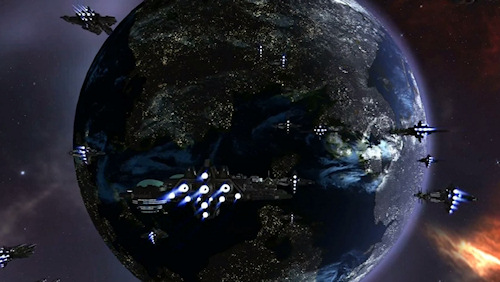 There's a new trailer out for Legends of Pegasus that showcases some of the RTS game's unique features.  The most obvious standout feature is the "unlimited" ship customization that allows you to build up your fleet piece by piece.    Also on display is an impressive terraforming feature, plenty of space battles,  and of course lasers.

Legends of Pegasus even goes as far as to take a little dig at a game it looks incredibly similar to, Sins of a Solar Empire.  If LoP has anything on its competition, it's the fact that it has an actual single player story as well as some variable objective co-op gameplay for at least two players.

We should see Legends of Pegasus out this Summer on PCs.