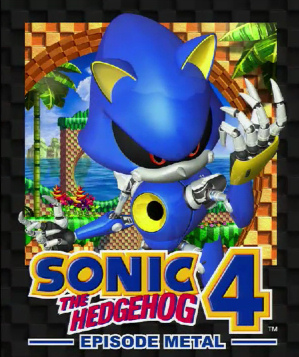 Sonic the Hedgehog 4: Episode II, the highly-anticipated sequel to Sonic 4, has a release date at last. And when I say that, I don’t mean just the XBLA and PSN versions have release dates. The PC and Windows Phone ports have them too! Even better news is that owners of both episodes will receive an extra-special bonus that harkens back to the days of Sonic & Knuckles. It's like Christmas in July.

These juicy details comes from a new trailer that debuted at GameSpot today. The PSN version rolls out on Tuesday, May 15; the XBLA version on May 16; iOS and PC versions sometime in May; Android in June; and the Windows Phone port comes in July. The PC and Windows Phone versions of the previous downloadable Sonic title, Sonic CD, never received official release dates - the Steam version just appeared a month after the others, and the promised Windows Phone game still hasn't been released.

The other big news revealed in the trailer is that the already-available Sonic 4 Episode I is getting a surprising new feature. Players who buy both Episode I and its sequel will unlock Sonic’s robotic nemesis Metal Sonic in Episode I! He even comes with four new levels. How’s that for Lock-on technology? The extra content won’t cost anything besides the purchase of Episode II. It's a great way to reward dedicated Sonic fans like myself for picking up both games.

Sonic 4 Episode II allows a second player to control Tails in 2-player local and online co-op. Co-Optimus will have more info as May 15 approaches.