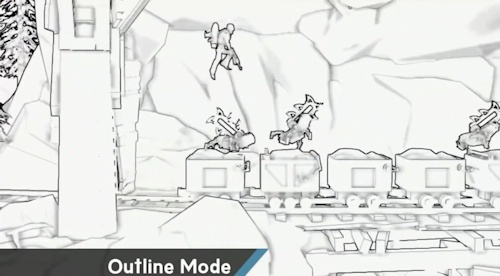 Shoot Many Robots is a game we're excited about around Co-Optimus for many reasons.  Sure the game is going to have some kick ass four player co-op action with some insane items to use as you destroy wave after wave of mechanical enemies in your path.  But it's got Billy and friends and that alone is reason enough to get excited.

The latest developer video for the game is proof that even the simplest looking game is incredibly complex under the surface.  In it Associate Producer, Justin Lokey, takes us through Shoot Many Robots' rendering modes which are used to troubleshoot and stylize the game while in development.  You'll see that even a simple scene has many, many layers to it which are then used to create the final product.

Shoot Many Robots has also just received an M rating for sexual themes, swearing and use of alcohol.  So while it might not be the most family friendly robot destruction simulator on the market, it's certainly the most naughty.

You'll be able to get Shoot Many Robots in the coming months on the Xbox Live Arcade, PSN and PC.