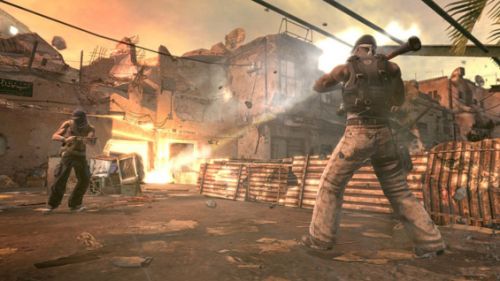 While we previously mentioned that Blood on the Sand was picked up by THQ, it wasn't quite official.  Now, during a recent investor conference call, THQ has confirmed they have purchased the publishing rights to the title, and plan to release it in early 2009.  In fact, the folks at THQ are quick to promote the 2 player co-op title as it appears already on THQ's official site as well as a brand new website for the game at 50BloodOntheSand.com.

I'm glad this one didn't get lost in the corporate shuffle, I'm actually really interested in it.  Everyone i've talked to that's played it said it was surprisingly solid!  And 2 player co-op to boot.