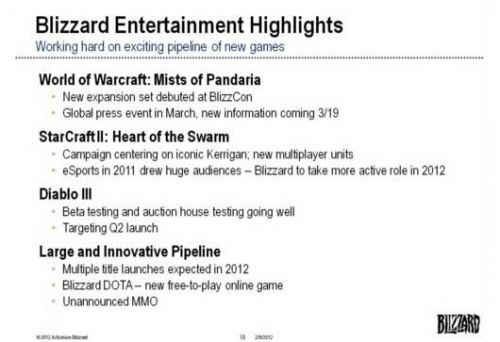 While it isn't a release date, we do have a release window for Diablo 3.  The game is being targeted at a 2nd quarter 2012 launch - which puts it firmly in the April, May June window.  This news comes from Activision's quarterly financial report, specifically a slide deck made available for investors.

While Diablo 3 has always been about "when it's done" it seems we might finally be getting closer to that time frame.  Diablo 2 launched on June 29th in the year 2000.  Perhaps a launch exactly 12 years later for the third game in the series is inevitable?