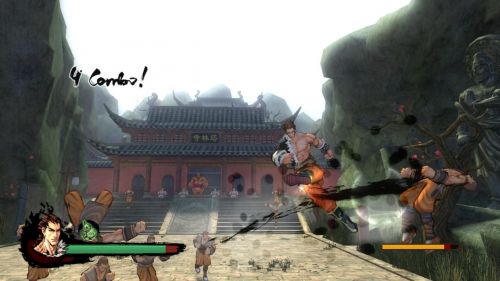 There is a Chinese proverb that goes along the lines of this: "Never admire a man by his strength; judge him in how he uses it." This saying seems to lie at the core of Qooc Soft's and 7sixty's recently announced co-op beat 'em up title for the XBLA, Kung-Fu Strike: The Warrior's Rise. Mixing up equal parts 3D brawler (seemingly in the vein of the Dynasty Warriors series) with a brush art style that is reminiscent of the most recent Street Fighter, Kung-Fu Strike certainly seems to be shaping up to be a solid co-op release title. Little is known at this point, though, about the game beyond its setting, core gameplay mechanics, and that it will support 2 player local co-op (possibly campaign). With a release date of "early this year," this announcement trailer and handful of screen caps will have to slake your thirst for martial arts mayhem until more details arise.