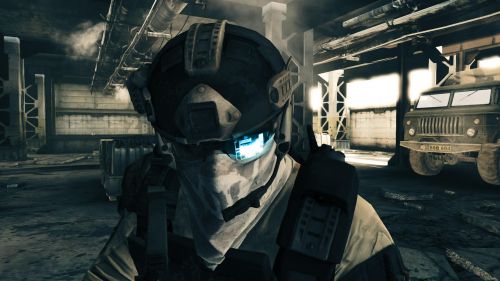 My birthday was just two weeks ago, but it looks like I missed an opportunity for an awesome present.  The latest trailer for Ghost Recon Future Soldier showcases some of the gadgets, gizmos and technology you and your team will have at their disposal.  The center piece is without a doubt the UAV which is now almost pocket sized and can transform into a small ground based vehicle.  Why didn't they have this stuff when I was a kid?

Along with the video we have a handful of new screenshots too.  Ghost Recon Future Soldier is shaping up nicely and will be out on the Xbox 360 and PlayStation 3 on May 22nd.  It'll hit the PC shortly after.  Both versions offer up four player online co-op and the consoles versions support two player split-screen play.